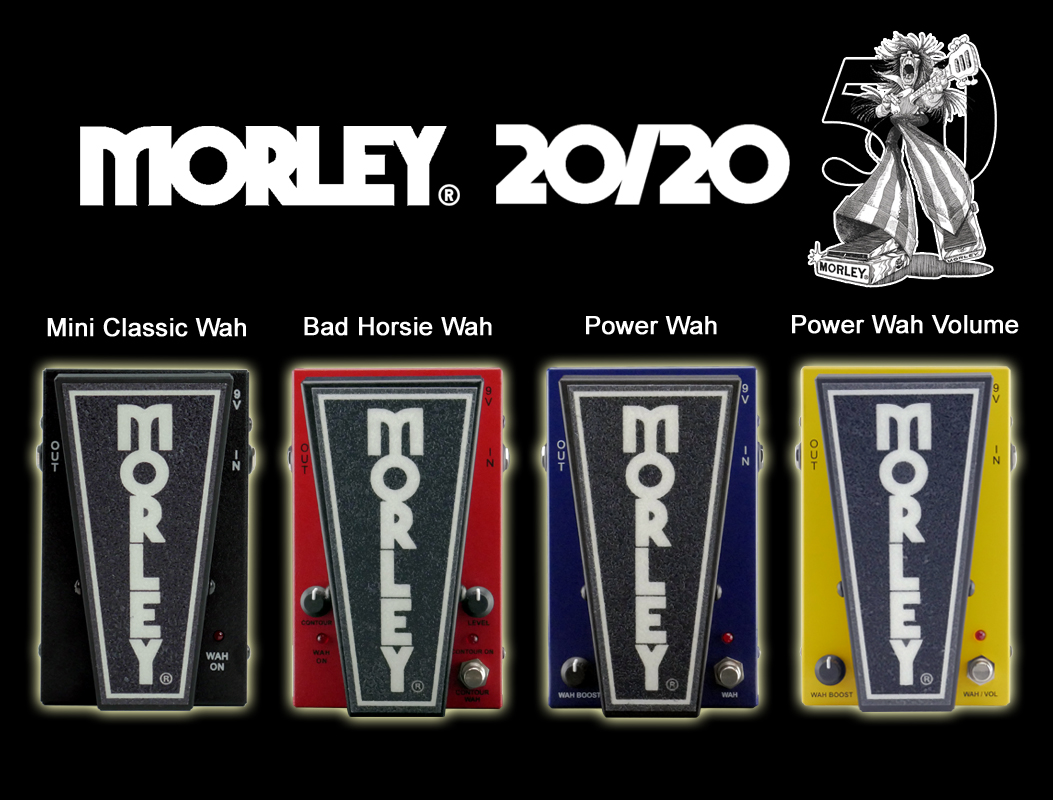 GET FOCUSED WITH OUR NEW 20/20 PEDALS

August 2019–Morley, makers of pedals, switches and Ebtech® audio solutions, is proud to announce the release of our 20/20 pedal line. In total, this new line will include 10 pedals that will be released over the following months and feature the best of the best that Morley has to offer. Debuting first are the Bad Horsie Wah, Power Wah and Power Wah Volume pedals.

Owner Scott Fietsam comments, “We wanted to offer a line of USA made pedals with all our best features at reasonable prices so that everyone in the world can Try A Morley. We invite you to try one today. You’ll sound better and feel better plugged into your new Morley or bring it back for a full refund. That’s Morley Security!”